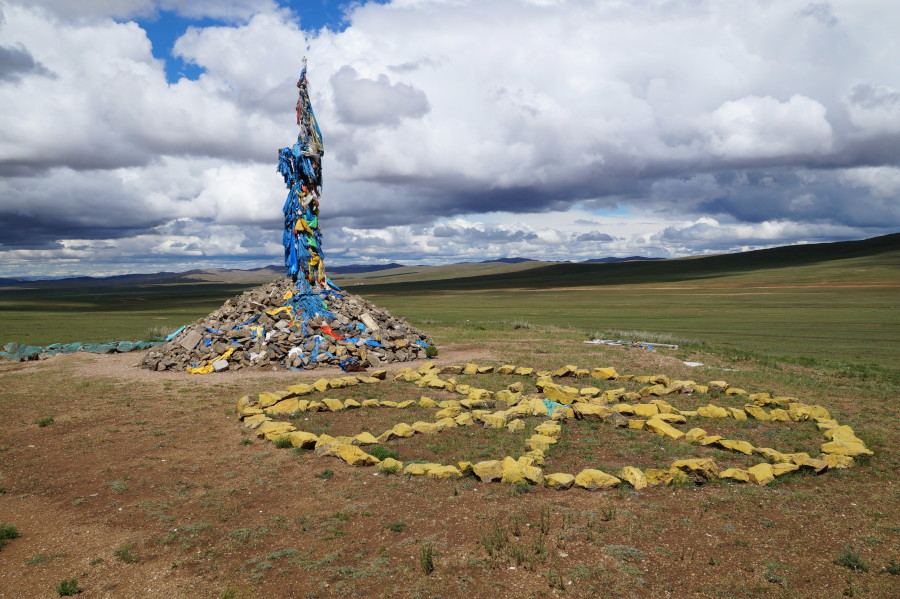 This was a trip with World Insight to Mongolia, from August 08 to August 25, 2017. World Insight is a German travel agency, specialized on group trips like many others (Marco Polo, Studiosus, Djoser etc.)

World Insight organizes group trips with small numbers of participants; our group had just seven people, and on my trip to Laos/Cambodia with the same agency we were even only five.

Like the pictures? Comments? Get in This email address is being protected from spambots. You need JavaScript enabled to view it..

I already published another version of the itinerary, but after some time I thought I could do better: The previous version was partitioned by days, and with 18 days you quickly felt lost. Accordingly, this new version shows seven sections of the trip, all of them similar in size. The sections are still ordered by time.

Nearly all pictures have captions, that is, a title text and a comment.

Ulaanbaatar and Töv. After our arrival in Mongolia, we visited the important sites in the capital Ulaanbaatar. Töv (sounds like /tow/) means center and is the name of the aimag (district) around the capital. There we arrived at our first ger camp.

Bulgan and Arkhangai. Lots of grass, lots of lakes, lots of landscapes. There are many beautiful sites in these two aimags. We continue westbound until we reach the Tsagaan Nuur lake. Then we turn around, and we have the chance to visit the city of Tsertserleg twice.

Arkhangai and Kharkhorin. Our route leading south-east, we reach a touristic ger camp with hot springs, and later we reach Kharkhorin, whose ancestor was Qaraqorum, the capital of the Mongol Empire under Ogedei Khan. This is supposedly the best spot for panoramic photographs, believe me.

Övörkhangai and the Gate to Gobi. In Övörkhangai we have an extensive look at the Orkhon valley and the falls, later cross the aimag, and finally reach the neighbor aimag, Dundgov'. We visit an ancient monastery in the barren land, and have a stop at yet another touristic camp, featuring an evening program.

Flaming Cliffs in Ömnögov'. The actual name of this rock formation is Bayanzag. The sandstone rocks glow in orange and red in the descending sun. Must-see. After that we continue towards the south.

Khongoryn Els and the Lammergeier valley. In the south we encounter a giant sand dune, stretching out for more than 100 kilometers. This is true desert feeling. Do not forget to witness the sunrise over the dunes. Not far from here is Yolyn Am, the Lammergeier valley, which showed ice at its bottom. But since the climate warming, this is yet another piece of history.

Dundgov' - and back in Töv. We did not have so many stops in Dundgov'; the rocky site of Baga Gadsriin Chuluu is a good place to see, also the ruins of Süm Khökh Bürd. We encountered a train of the Trans-Sibirian Railway near Ulaanbaatar, visited the Genghis Khaan museum amd the Khan Khentii national park. Then we returned to Ulaanbaatar, and later back home.

Mongolian is typically not on the curriculum, and most of us will probably never get in touch with it, maybe except for some athletes in sports. Despite its neighborhood to China, it is not related in any kind with Chinese, and it is not a tonal language like most far-east languages, so it does not sound too weird for us. The letter L is a bit tricky, as it requires to blow air around the tongue while saying L; this is similar to the Welsh LL, but voiced. "La" sounds a bit like "shla".

German-speaking people are probably most confused with the many Ö and Ü in words, often as double vowel (which is impossible in German). However, those letters are no umlauts, they sound like the closed O and U in German. Words like "önöödör" (today) are pronouced just like "ohnodor" in German (not existing, just as a hint), and "üül" sound like "Uhl" in German or "ool" in English. However, it often depends where the speaker comes from. In Inner Mongolia (China), the letters sound differently again.

Also, Mongolian is written in cyrillic, and the letters used here are transliterations.

These are the most important rules for a close pronunciation.